How are they made?

Its something which interests anybody buying a yacht, gennerally most yachts will undergo a similar production process, Jeanneau uses a number of different facilities with the main base at Les Herbiers serving as production facilityfor the yacht range.

Jeanneau has always embraced new technology in the format of advances such as infusion molded decks and the opportunity to use machinery to precision engineer many parts of the boat was not passed up, as a result Jeanneau now operates one of the largest production facilities in the world, a large part of which is automated.

Even through the company operates a now heavily automated production line in places every stage of the production process is overseen by skilled technicians who ensure the quality and specification of the product.

One area of the production still done in  predominantly traditional method by skilled craftsmen is the interior fit out and woodwork.

The first stage of any new yacht is unsurprisingly the concept and design, once the company has settled on the concept for a new yacht the design process kicks in, using the powerful CATIA® design suite of software Jeanneau are able to nail down every aspect of the yacht in finite detail and produce beautiful concept models whilst designing all the parts needed to build the new yacht.
Before any part of the yacht is made there will have been numerous iterations on the design which will have resulted in the finished product having been completely constructed in the virtual realm before the first models even come close to production. 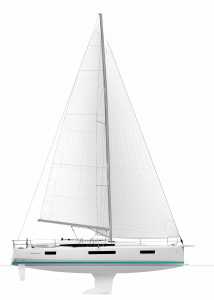 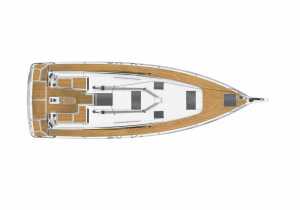 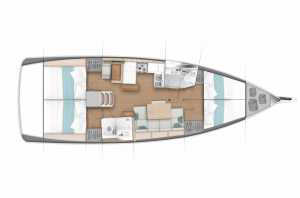 Once the design of the yacht is finalized, the first protoype has been made, trialed and shown off at boatshow events around the world and the order books filling the yacht is put into full production.

This initial production stage  involves the creating the hull, this is made in a huge mould, which once infused with resin and fiberglass will be left to cure for until its ready to move onto the rest of the production process.  As this process takes a while rather than add it to the wait for your yacht Jeanneau will normally hold a small stock of ‘pre-prepared’ hulls which mean as soon as your production slot is open for your new yacht the hull is ready to go.

Following a similar process the deck for your new yacht will be constructed before being placed into a yacht sized lathe which will cut the deck holes out in your yacht following the previous design in such a way that there is no chance for error and every following part, window or gangway door fits precisely.

Before mating the two parts of the hull together most of the interior fit out can be completed as this is easier done whilst the segments are separate, everything from saloon layouts, to plumbing and wiring will take place during this stage, whilst the boat remains open and accessible allowing the fitters and craftsmen maximum accessibility to ensure that the wiring and woodwork is finished to the highest standard 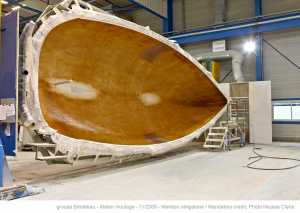 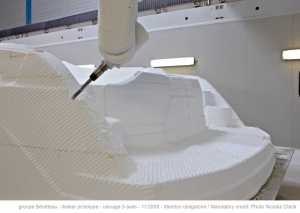 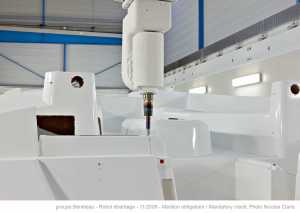 Bringing it all together

Shortly after this stage the topside will be mated to the hull with its fixtures, this is done making us of the latest technology to ensure that the end product is both strong and lightweight.

After this initial part of this stage the cockpit and deck fixings can begin to be added, including elements such as the windows and cockpit lockers.

Finally the yacht will have a clean to prepare for her new owners and and will have final touch elements such as the mattresses added before being carefully shrink wrapped and loaded onto a lorry for transport to her new home in one of the many ports around the world.

A word on quality

The whole of the Jeanneau range precision engineered to the highest specification ISO9001, all the boats are tested thoroughly during the build process and all receive tank testing to put their systems through their paces.

Jeanneau uses customer satisfaction reviews and supplier surveys to ensure that they are meeting the stringent targets they set for themselves in their drive for excellence, believing that quality begins in the raw materials, which all undergo rigorous testing, and carry’s on right through the life of the product is what helps achieve this and is a key factor in why Jeanneau yachts last so long and hold their value so well. 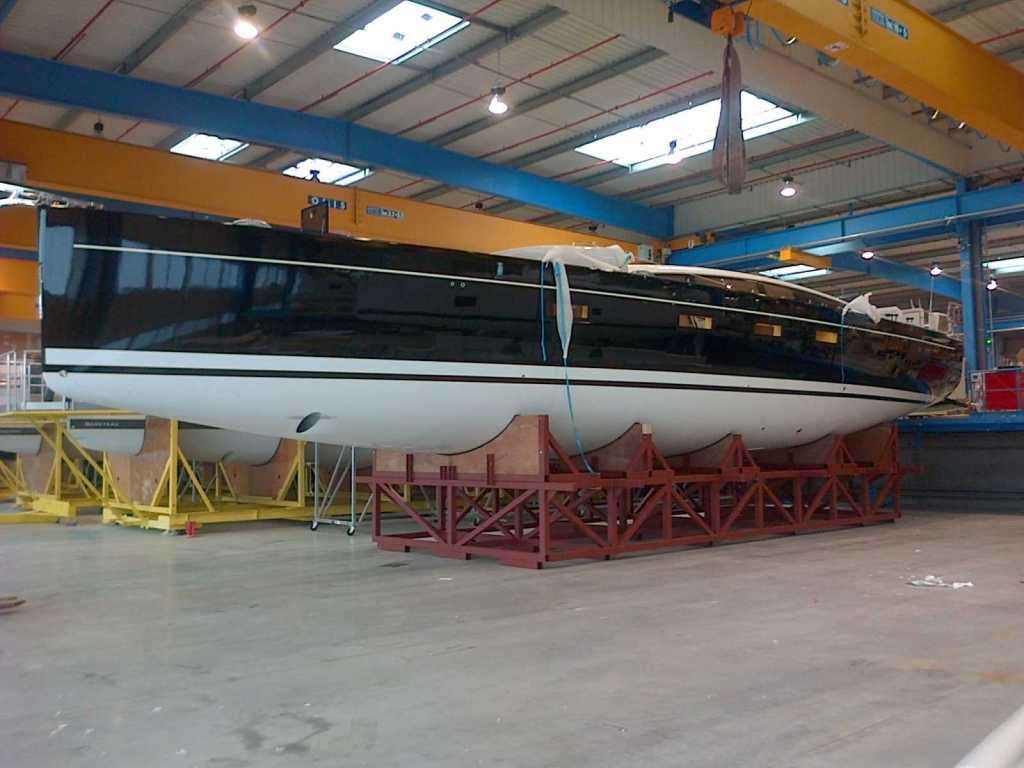